Is fall your favorite time of the year? I ask that question because that phrase is one I’ve heard so often this year, and it’s not one I usually agree with. I think of myself as a summer person. I love summer and everything about it; and always hate to see summer’s end approach. Because of that, probably, the season that replaces summer often can make me glum. 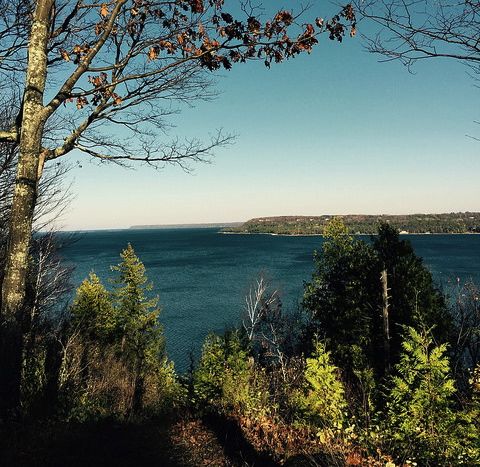 But yesterday in Peninsula State Park, against all odds, and to my immense surprise, I found myself delighted by the charms of the glorious late fall day – and just really loving the season. 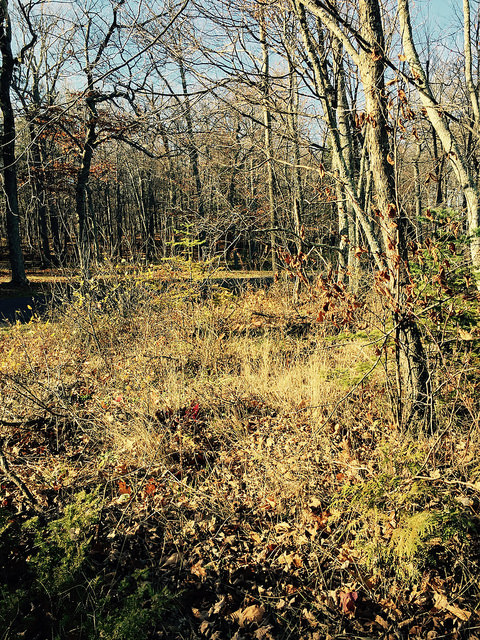 The woods were warmed by the sun.

It really is late fall now, and the glories of the season – the scarlet and gold and crimson and bittersweet leaf-topped trees – those are all gone. Even so, tracing the perimeter of Peninsula Park, along Shore Road, starting near the Ephraim entrance, I stopped often for short walks and photos. High above Lake Michigan, walking the Eagle Terrace, and looking across Eagle Harbor to the village of Ephraim, and then, at the top of the park, looking across to Horseshoe Island from the Eagle Panorama, the color of the lake was as intense as you’ll find it – many different shades of blue, from turquoise to indigo. 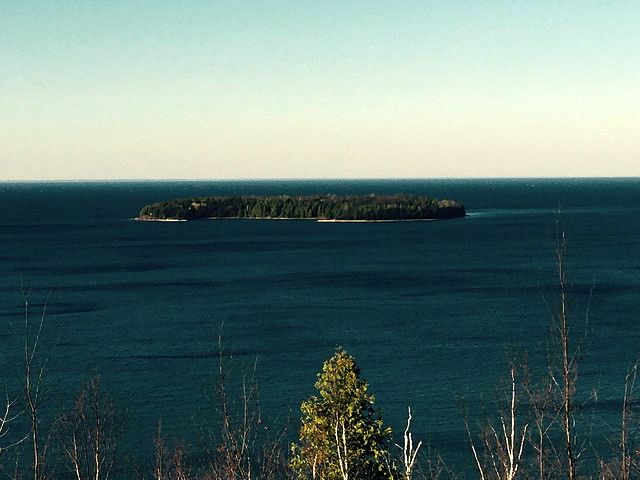 Looking at Horseshoe Island from the Eagle Panorama.

Eventually, after Shore Road curves back toward Fish Creek (the other park entrance), the route brings you much closer to lake level. At stops near Nelson Point and then Weborg Point, the lake seemed to have come alive with waves and swells, as it was pushed to shore by a strong breeze from the west.

Before that though, I took a diversion into the woods along Bluff Road, stopping at the White Cedars Nature Center for a look at the Monarch Waystation (which had been a flower bonanza when I photographed and wrote about it in August).

The woods are empty now, but not unwelcoming.

The monarch garden at rest; at the park’s White Cedar Nature Center.

The woods, empty now of both birds and leaves, were warmed by the sun and still lovely to be in. The whole park seemed not empty, nor forlorn (as I might have expected). Instead, it exuded a spirit of something else – a contentment, maybe, or a satisfaction with all that has been, in the season now passed, and all that will come again. This really was a gorgeous day – as beautiful in its way as any day in the entire year. Bravo, Fall. 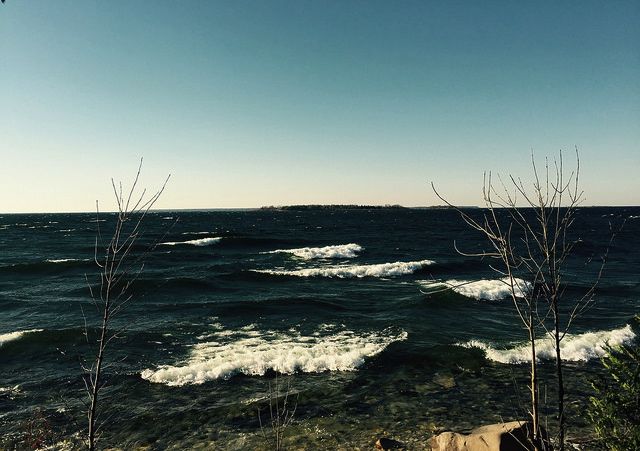 The indigo waters of Lake Michigan, dancing with the wind.